An idea on Pinterest sparked a lightbulb moment for Rory McLellan when he was designing his family’s new seaside holiday home in Hampden.

Wife Karen’s family owned the original bach onsite since the 1990s, and it had been added onto over the years for all of the summer crowd. Thinking of their ever-growing group of family and friends, they worked out a floor plan that best captured the seaside views.

Their two-storied Gable end house with large cathedral windows is almost in theme with the old church next door, and upstairs it’s all very open plan and apartment-style living.

A fully covered deck means plenty of outdoor entertaining, and with five toilets and four bathrooms (each of the bedrooms has its own ensuite), they wanted a house that was comfortable for all of their visitors.

Hardy materials such as an engineered stone bench top has been used in the kitchen (to replicate the beach sand), as well as polished concrete floors on the lower level and garage. Louvered shutters on all the windows complete the beach and coastal look, with good screening on the windows for privacy.

“This is the third house we’ve built and we wanted to make sure that it was going to be enduring,” Rory said.

Breen Designer Michelle Keimig said with the house all made of cedar, they had to use different cladding systems to break up the scale of it, using a mixture of both vertical and horizontal planks to change the overall profile.

There is an interesting mix of window features throughout, including a Juliette balcony outside the master bedroom upstairs, and large 3-sided panes that follow the roof pitch to the top of the house.

Big industrial timber stairs lead up into the main lounge, with double height floor-to-ceiling windows starting at the base of the stairwell.

“There was quite a lot of awkward detailing involved and internal guttering with a lot of detail around flashings - especially with the decking and how it lined up with the cedar,” Project Manager Kelvin Nixon said.

Having clients that gave Breenhomes a lot of ‘free rein’ to take control of some of the more tricky design aspects made the job a lot easier, he said.

Finished in mid-2021, all of the doors, screens and stairs including the floor to ceiling glass door and panel at the top of the stairs were all made in the Breen Construction workshop in Alexandra.

This 242 sqm house was also the first project for the company where a live camera could record who was coming and going off site, but also enabled Kelvin to provide valuable advice to his staff where needed.

“It has been the talk of the town,” Karen said. Real estate agents and locals around Hampden have been dropping by to offer their opinion on it, and it’s certainly been popular.

The home is heated with an Escea gas fire and electric panels in the bedrooms, all run off a WIFI remote control system, so everything can be ready at the flick of a switch when they need it.

“I have been working with Breens for over 30 years as a subcontractor, but this was my first personal project.The level of professionalism was far better than any previous experiences we have had with other building companies in the past,” Rory said. 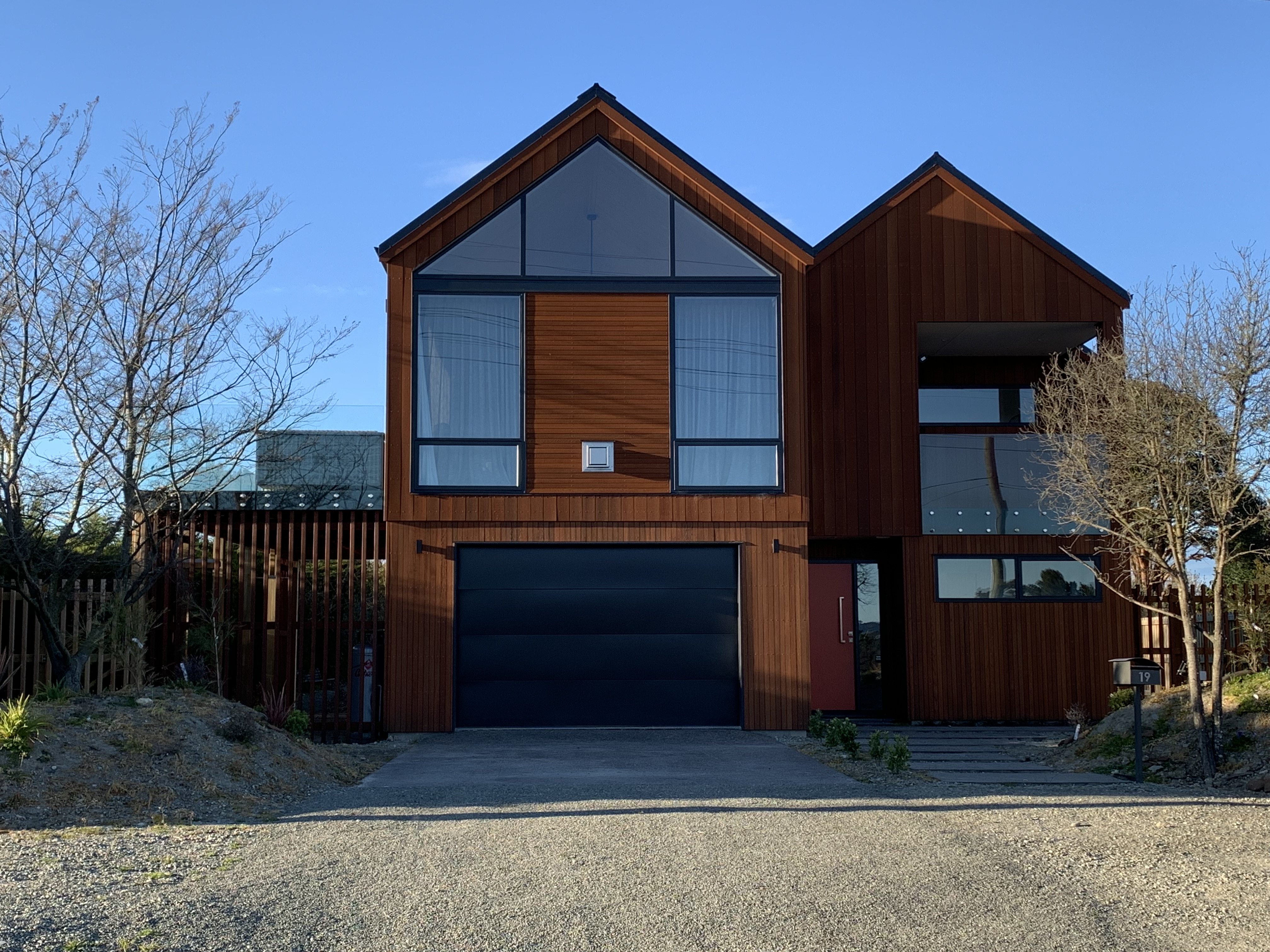 We have a BRAND NEW SHOWHOME IN OAMARU opening for a limited time only...

When Breenhomes was contracted to build six Housing Trust houses in the Hikuwai subdivision, the brief was for attractive,warm, low maintenance homes.

It’s another world inside Sue and Scott’s* new Breen home at Tarras - influenced by an old gold miner’s cottage, but on a much larger scale.

Rudy has just joined the Breenhomes team as a Sales Consultant in the Wanaka office.